How Pelswick is a reflection of My Journey

In fact, the only cartoon that I can remember watching that was relatable to my situation as a child was an American-Canadian-Chinese animated series called Pelswick created by John Callahan that aired on Nickelodeon for only two seasons before being canceled due to low ratings.
When thinking about Pelswick ending its run after two seasons, I become sadden because Pelswick could have been the poster child for children with disabilities for the Nickelodeon network all around the world.

I feel as if Pelswick would have gotten a chance to grow into a spectacular show as I know it was and still is to this day I firmly think as if Nickelodeon would have been able to open the door to more significant opportunities for people with disabilities.

When it comes to society, I firmly believe that Pelswick could have helped children at the time embrace their physical disability for what is it and become ashamed of their condition.

One of the things I liked about Pelswick personality was that he was an actual example of somebody that has strength courage and pride in who he was as a person.

Pelswick has been a real inspiration in my life he is a reminder that no matter what the challenges in your life you should never let that stop you from having amazing experiences in your life.

I believe we can all learn a lesson from Pelswick when it comes to defeating obstacles long run the way in life and how your disability doesn’t define you nor your obstacles.

Every time I think about Pelswick and the message it brought to children and society I say thank you to John Callahan for using what he loved to change the world. 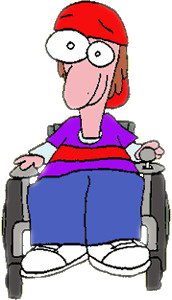